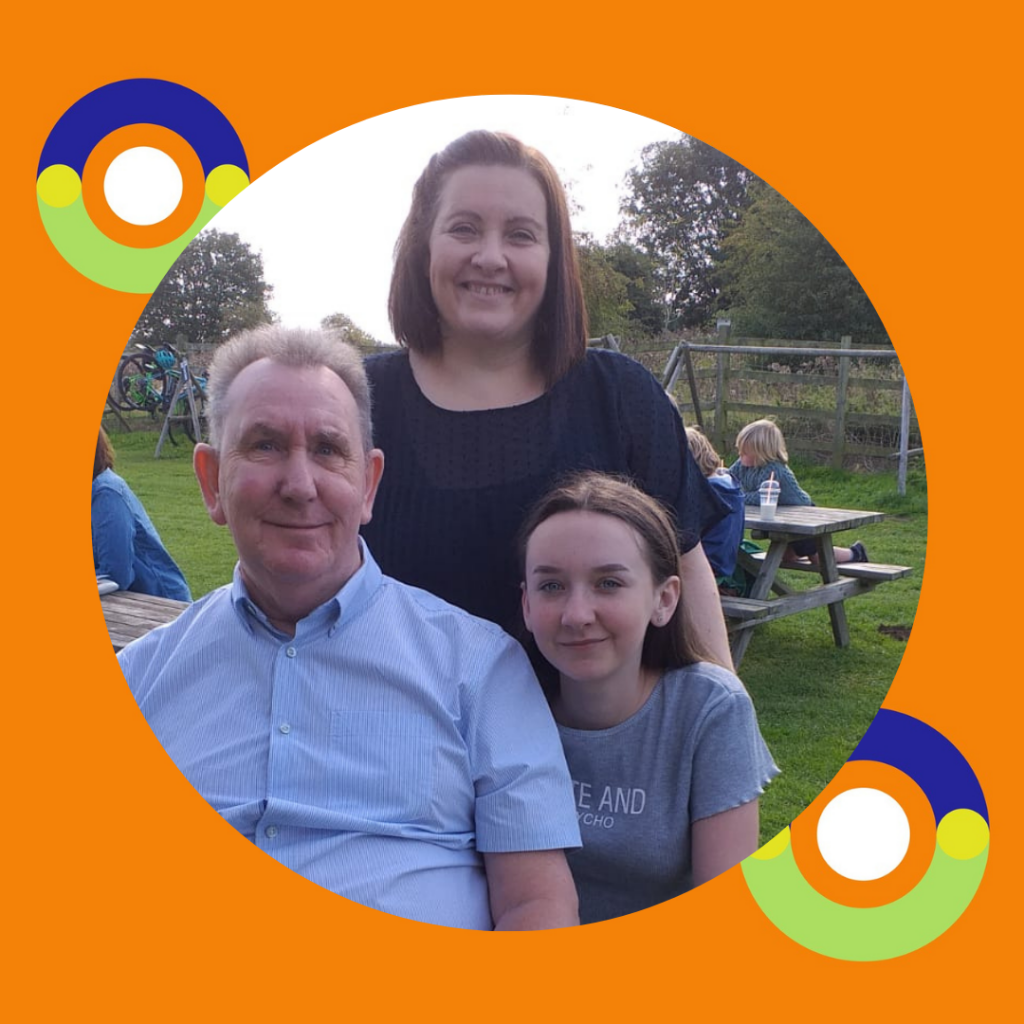 John had a CVA (stroke) on the 31st May 2014. Staff from the Leicester General hospital Early Supported Discharge Service recommended Headway.

“When John first started with Headway he benefitted from the outreach support. Dawn was his support worker, she was amazing and built up John’s confidence to go out of the house. As he began to improve Dawn also assisted him at his weekly visits to the gym. This was amazing, something we believed he would never be able to do. It was Dawn that suggested for John to try the Day Centre.

“The team clearly have a fantastic understanding of John and the others who use their service. They make him feel special. They encourage him to try new things and most of all understand him and how his brain injury has affected him. But he still feels treated like a human being.”

He has a purpose to get out of bed and is so motivated on the days he goes to Headway. Totally exhausted when he gets home, but in a good way!  Its lovely to hear him talk about what he has achieved during his time with Headway.

Since John’s stroke he does on occasions find it hard to say the words he wants to say.  So it can be a real effort to have a conversation with him.  But having that social interaction with others has helped him so much.

John has had long episodes of very low mood over the past 6 years. Where he has talked about not wanting to be here any longer. Or has told me to put him in a home and move on with mine and our daughters lives. Heart breaking to hear. Especially for our teenage daughter who was 9 years old when her dad had his stroke.

I believe the support from Headway and their ingenious idea of setting up the Digital Day Centre has played a huge part in John’s mental health being so much more positive. As a family who all live this painful life changing journey together, mental health staying positive us crucial for us all.

“The Headway team are lifesavers and have played a huge part and continue to do so with John’s rehabilitation. I don't know what we would do without them.”

John enjoyed our Hungry for Headway cook a long sessions during lockdown!